2014 has proven to be very busy and I've fallen behind on my blogging. Fall is here (my favorite season!) and I'm giving it another shot.

Most importantly, I've moved to another location.

Best,
Susan
Posted by Susan Elizabeth at 2:11 PM No comments:

Welcome to the
WEEKEND REadCAP,
As seen in my occasional TV reviews, my Weekend READcaps
take on a superlative style. Have a look... 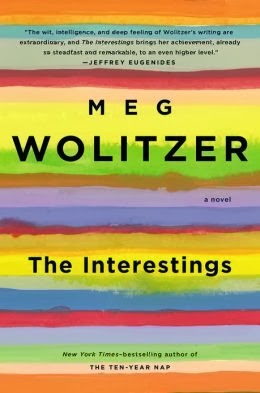 Favorite Aspect of Storytelling:
The non-linear plot
We meet these 6 characters when they're teenagers, then flash to when they're in their 50s. From there, we jump around time as we learn their life stories.

Favorite Character:
Ash Wolf
Ash is wealthy and blessed her entire life, but she may be the most modest person you'll ever meet. You won't get back-stabbed or guilt-tripped by Ash Wolf

Least Favorite Character
Ethan Figman
We're supposed to like Ethan. He expends an extreme amount of energy into being humble and dependable, but there's a bit of self-pity that makes him unlikable (See: Jules, Mo). I have a feeling I may be alone in is assessment though...


Favorite Quotes:
On life
“But clearly life took people and shook them around until finally they were unrecognizable even to those who had once known them well. Still, there was power in once having known someone.”

On love
“Just the act of sleeping beside someone you liked to be with. Maybe that was love.”

On relationships
"Neither of them yet knew how to be a boyfriend or girlfriend. This was not a skill set that could be taught; you just had to do it, and you had to want to do it, and somehow through doing it you became better at it”

These quotes really demonstrate the strength of this book. Want to take a break from life, by reading a story about growing up that may very we'll resemble your life at several points? Go for it.

On a Short Note 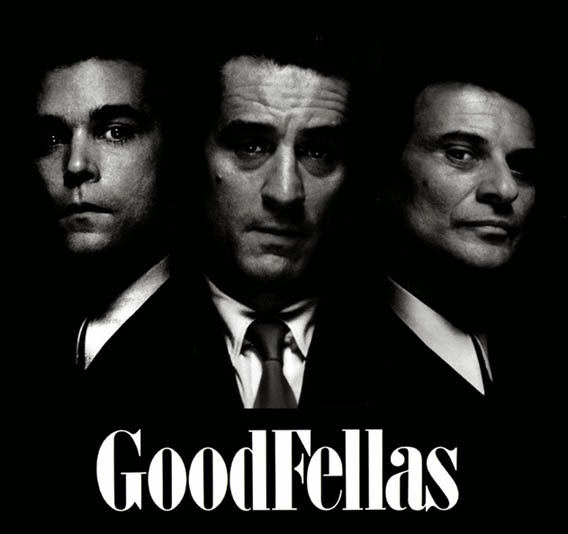 The unexpected snowstorm has created a surprisingly busy week! Fiction and Frappaccinos will return next week. On a short note - did you hear? The Goodfellas have been arrested! You better believe I'll be blogging about this shortly.

Enjoy the weekend, folks.
Posted by Susan Elizabeth at 7:10 AM 1 comment:

Welcome to the
WEEKEND REadCAP,
Please note that the set-up of these book discussions has changed slightly.
I've always had the intention of doing more of a discussion than a review,
but I also want to be as spoiler free as possible.
As seen in my occasional TV reviews, my Weekend READcaps
will take on a superlative style. Take a look... 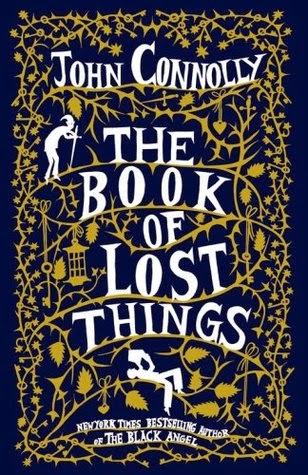 Pick It Up If You Liked:
The Chronicles of Narnia, Pan's Labyrinth
Yes, these two stories are very different. This story meets somewhere in the middle - closer to the concepts of C.S. Lewis, but with mild spurts of violence/gore.

Favorite Quote:
"His realm may be falling to pieces around him, but he always has time to talk of tales."
First, I would like to say that this line reminds me of the great Jed Bartlett of The West Wing. Second, this idea speaks to the importance of stories not only within this novel, but also in life.

Favorite Concept Within the Novel:
The books talk!
At all times, they're murmuring, interpreting things according to their story and David's the only one who can hear them. I only wish that this concept was more prominent in the overall story arc.
"Sometimes, when Dr. Moberly asked a question of which the books approved, they would all say 'Hmmmmm' in unison."


Favorite Aspect of Storytelling:
Mr. Connolly's handling of classic fairytales.
He infused these well known tales into David's story, but gave them much different endings and realities than the ones we're used to. I'm aware that Grimm's fairy tales are much more dark and gory than the pop culture versions we grew up with - the fairytales in this story, however, are twisted in different ways. Think: The True Story of the 3 Little Pigs. 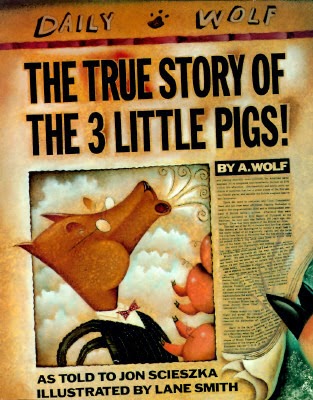 "They said that every society, and every age, produced its own version of the same tales."


Favorite Exchange:
"Um what about 'happily ever after'?" asked David, a little uncertainly. "What does that mean?"
"Eaten quickly," said Brother Number One.
This exchange is silly on its own, but even better when you read it in context.

Favorite Extra Content:
The fairytale glossary in the appendix.
Mr. Connolly explains what classic stories (most fairytales, other poems) he used within his novel. He then goes on to detail what aspect of the story inspired him and how he enfolded it into his character's journey.


What To Look Out For:
An allegory.
This world is not only an escape for David, but also look at it as a larger comment on life and spiritualism.
"He was there when the first men came into the world, erupting into being along wih them. In a way, they gave him life and purpose, and in return he gave them stories to tell, for the Crooked Man remembered every tale."

If you're looking for a more in depth discussion of the book, leave your comment below.
I also would like to suggest the thread on Goodreads' Nothing But Reading Challenges.

Fiction and Frappaccinos: One Book, Multiple Journals, and Amazing Facts

Fiction and Frappaccinos
Check in on Fridays to see my favorites from the week.
(Coffee not included)

(1) Check out this awesome NYTimes story about a murder convict who won a creative writing contest. 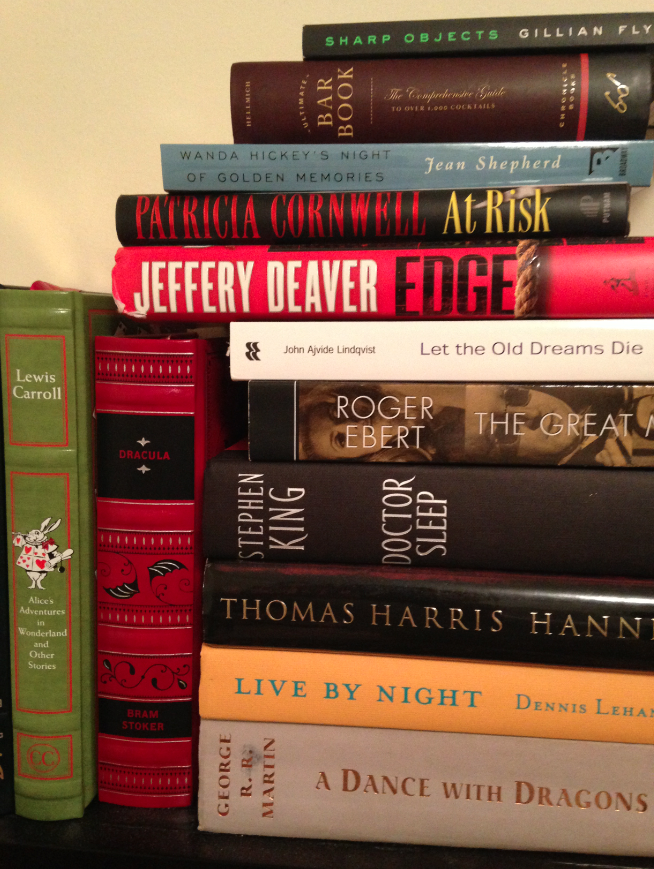 (2) Bookriot did a fascinating post on 2014 reading habits.
Only one book at a time - now that'd be a challenge for me!

(3) The Bookriot post also called my attention to Joe Hill's article on journaling. Maybe you can make some use of all those journals you had to buy, but never used.


(4) Need a story starter? How about starting with a kernel of random knowledge from Mental Floss' Amazing Fact Generator.

(5) As a follow-up to last week's Murder & Macchiatos, here's the video for Justified's Elmore Leonard tribute.

Up Next:
Weekend READcap on
John Connolly's The Book of Lost Things

Posted by Susan Elizabeth at 3:07 AM 2 comments:

Susan has not entered the 2014 Reading Challenge.